The red kite is an endemic (i.e. exclusive) species of the Western Palearctic. It nests from the Iberian Peninsula to eastern Europe (Ukraine and Belarus) and southern Sweden; a small breeding population in Morocco has recently become extinct. The world population is estimated at between 60,000 and 70,000 pairs, 95% of which nest in Europe. Until recently, the species was considered to be in a 'near threatened' conservation status because in some areas of its range it had suffered a fairly substantial decline in the last decade of the 20th century. It appears, however, that the red kite has increased by more than 30% in the last decade and by more than 80% in the last three generations, so it is now considered a 'Least Concern' species. Important populations such as those found in Germany (43%), France (8%) and Spain (7%) are stable or increasing, while in some countries such as Great Britain (16%), Sweden (11%) and Switzerland (9%) the species has increased significantly.

It is interesting to note that, in recent years, the fraction of red kites that remain in central Europe during the winter has increased, no longer migrating to southern France and Spain. Despite this recent recovery, the threats to the conservation of the red kite remain many and, among these, poisoning appears to be one of the most significant: direct poisoning, caused by the ingestion of poisoned mouthfuls, or indirect poisoning, by the ingestion of animals that have died from poisoning. In many areas of Europe, there is a high mortality of the species caused by the ingestion of small mammals poisoned by rodenticides, products that are used extensively in rural areas to exterminate voles. 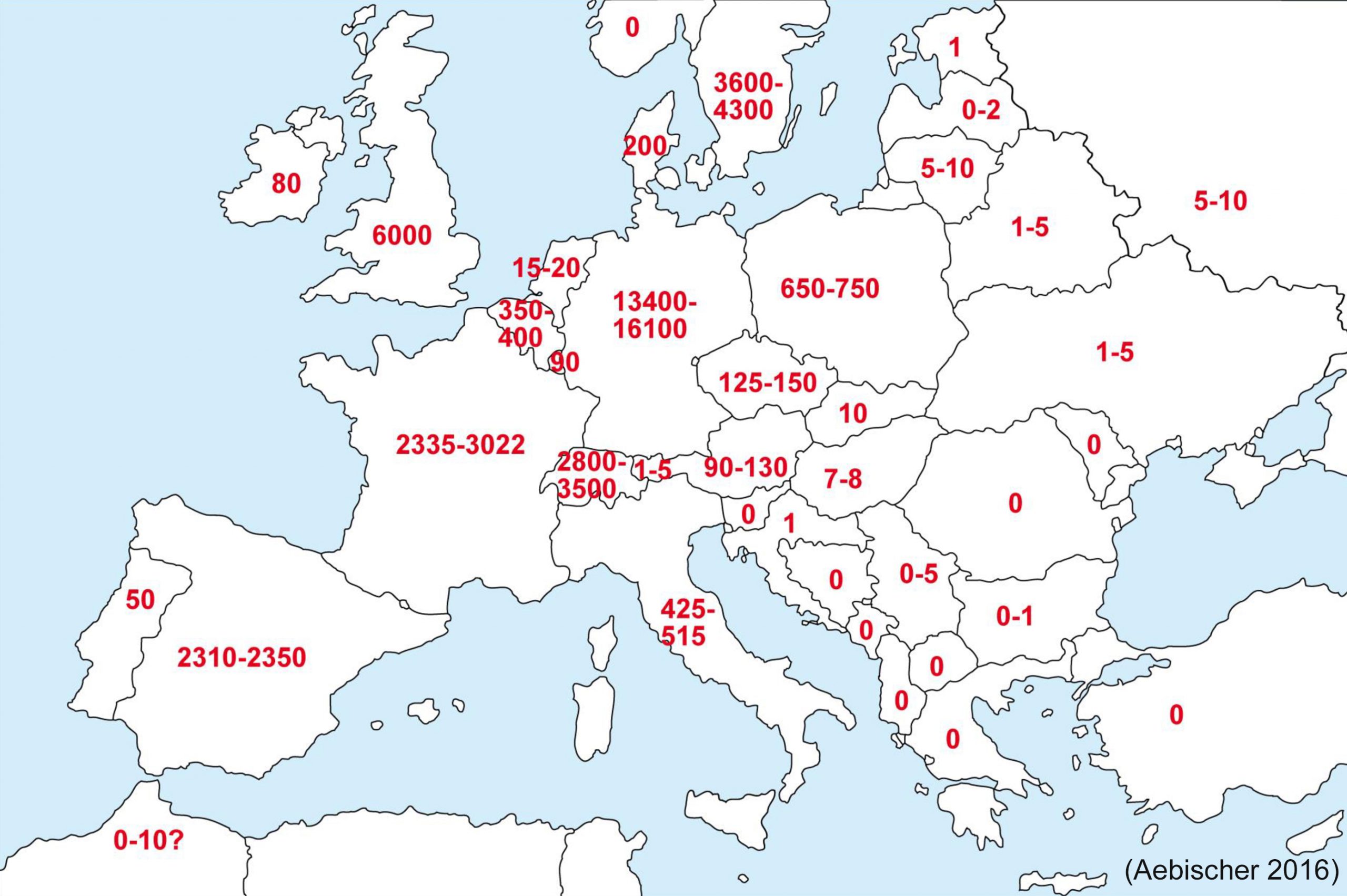