The red kite is one of the most beautiful and elegant birds of prey in Europe. In flight it is unmistakable both for its long wings and protruding tail, narrower at the base and forked, and for the extraordinary agility and speed with which it moves through the air, often opening and turning its tail. In English, it is no coincidence that the red kite is called "Red kite". The species is partially migratory. Populations in central, northern and eastern Europe leave their nesting areas in the autumn and migrate westwards and southwards (to the Iberian Peninsula, Italy and as far as Turkey). Italy hosts around 500 pairs of red kites and, during the winter, a few hundred individuals from Central and Eastern Europe. In Corsica, the breeding population numbers over 260 pairs and wintering individuals from central Europe are also reported.

Reproduction: on trees, more rarely on rocks. It uses branches, sheep wool, rags, pieces of plastic and other rubbish to build its nest.

Young: They leave the nest between early June and mid-July.

Diet: very varied. The red kite feeds largely on dead animals, but its diet also includes litter, small mammals (such as mice, voles and wild rabbits) and amphibians, invertebrates (it likes earthworms and insects) and small birds (including young magpies and crows). The red kite has weak legs and beak, which is why it can only catch small live prey. 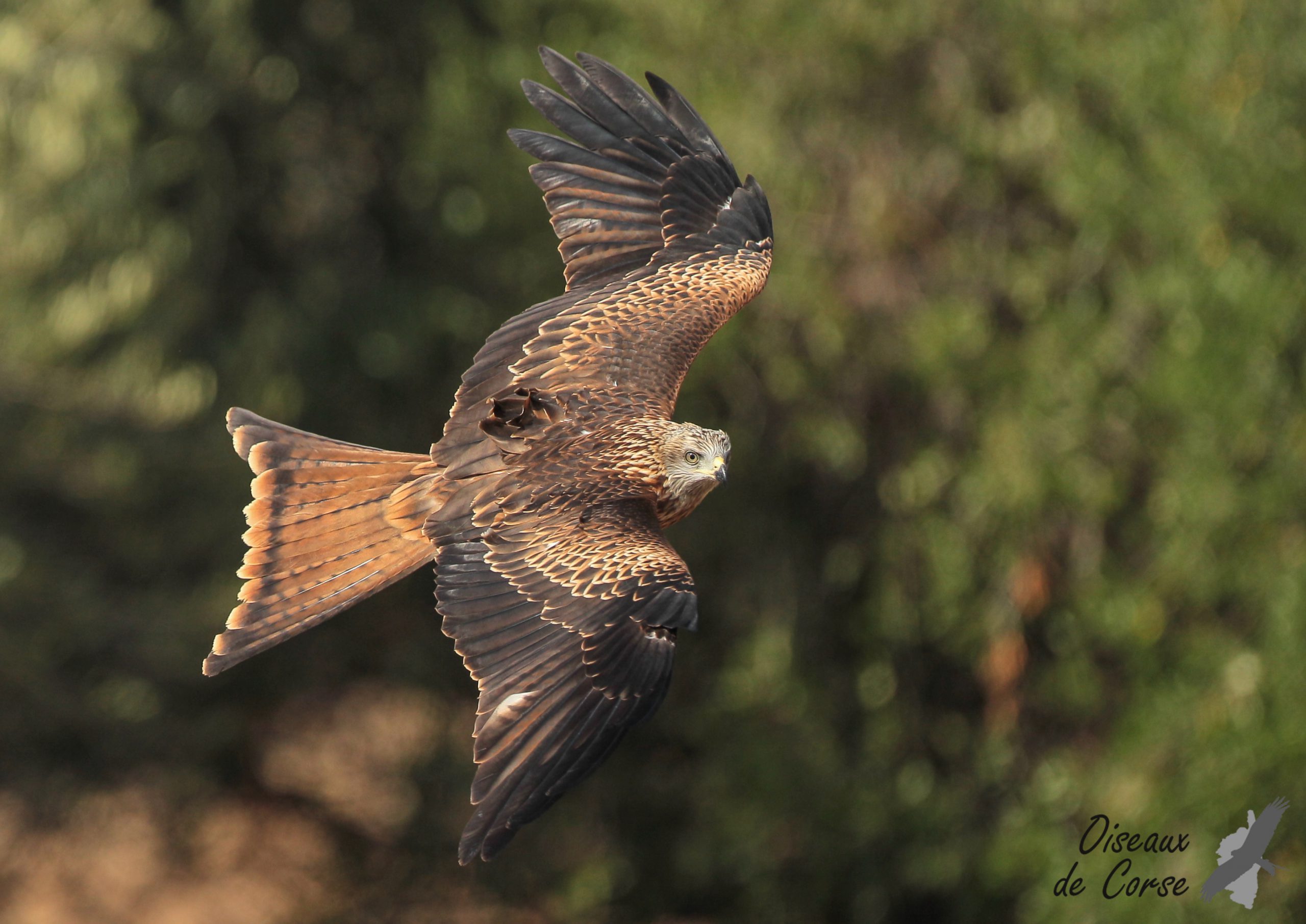 The elegant flight of the red kite 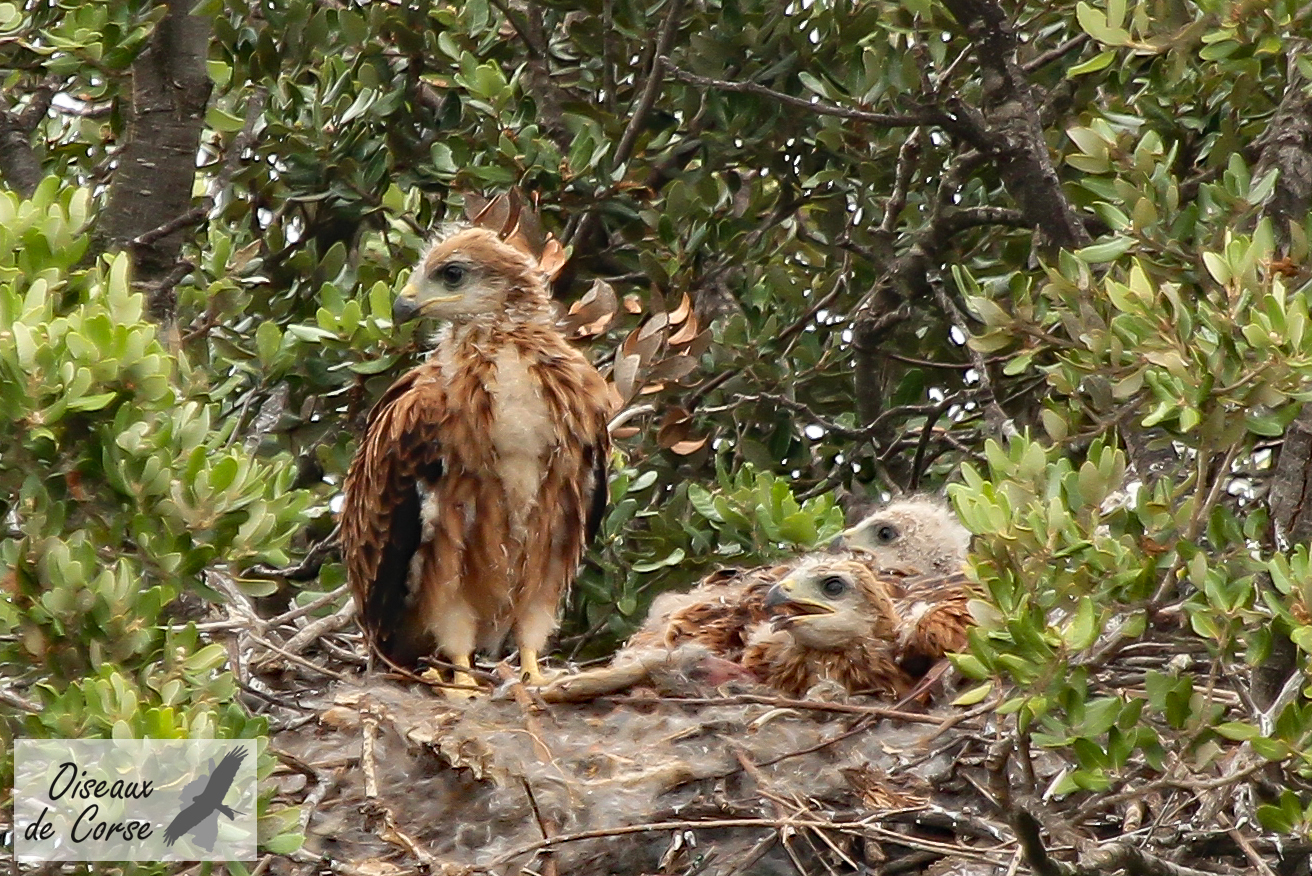