In Italy, the red kite is considered a vulnerable species, although it is showing a slight increase: the most recent data available indicate that there are 427-515 pairs. The area, however, remains fragmented and extends mainly in central-southern Italy (Gustin et al., 2019. IUCN Red List of breeding birds in Italy 2019). In some regions, the species has declined significantly in recent decades (Sicily and Sardinia); in Calabria, there are believed to be one or two pairs left in the northern portion of the region, and wintering individuals are also very few.

The regions that host the most significant numbers of pairs are Basilicata (150-200), Abruzzo (70-100) and Molise (50-70). In southern Tuscany, where the species had become extinct in the 1970s, a breeding population of several dozen pairs has settled following a repopulation programme implemented thanks to two LIFE projects between 2007 and 2014.

During the winter, Italy hosts not only sedentary individuals but also individuals from central and southern Europe. The last census of wintering red kites carried out in 2021 revealed the presence of 1,782-1,902 individuals. 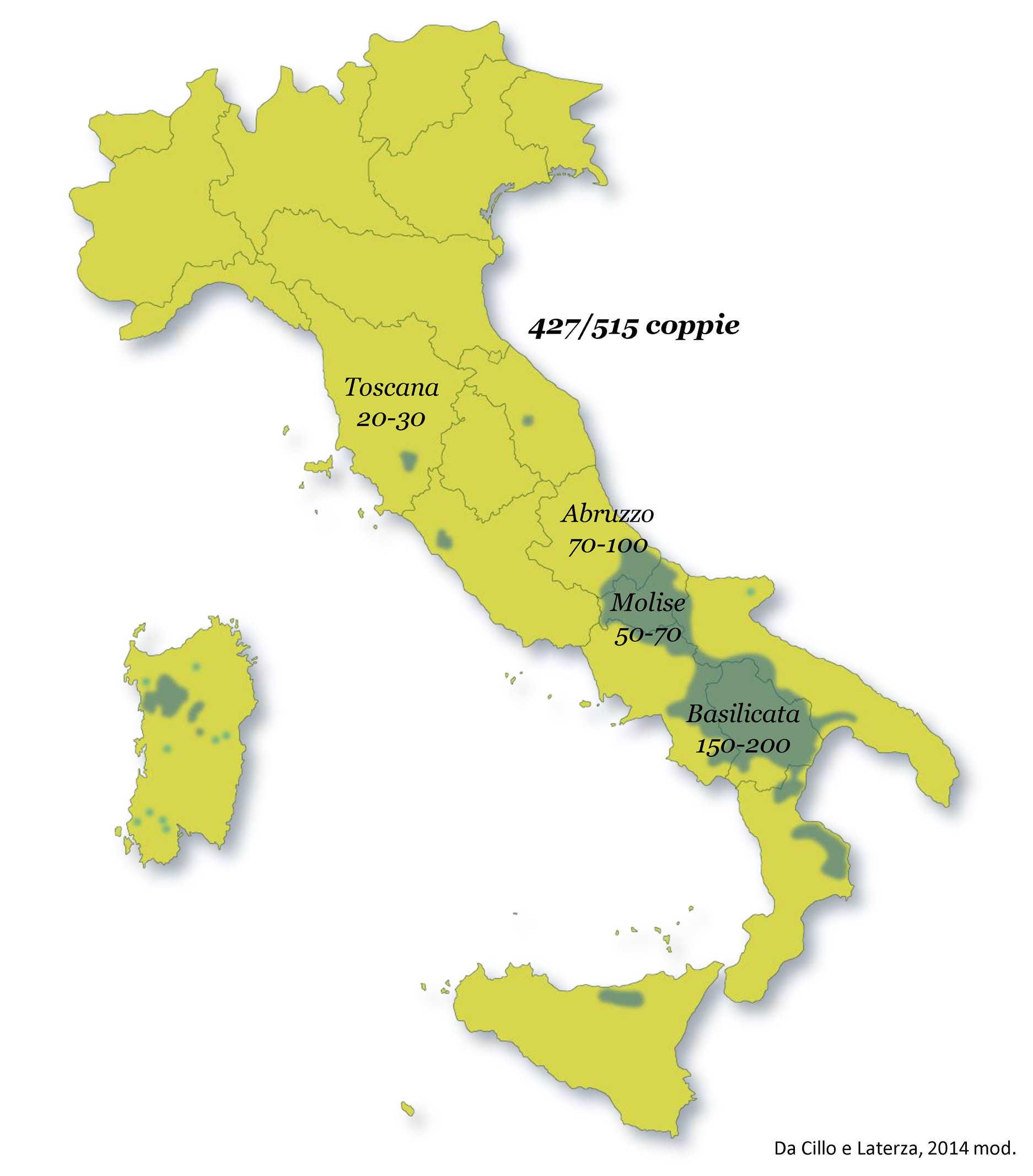