In France, the red kite is a species considered to be in a vulnerable conservation status, with around 2,500 pairs (in 2016). Corsica, with as many as 260 pairs surveyed in 2009, hosts one of the most important populations in France along with the pre-Pyrenean areas, the Jura mountain range and the flat and hilly areas of the north-east.

The Corsican population has a slightly positive trend. It is mainly concentrated in the central-northern area of the island (Regino Valley, in Balagne), which hosts around 150 pairs, and in the central-western area (Ajaccio region), where around 67 pairs are estimated.

Undoubtedly, the species has been favoured by a general respect, the presence of vast areas of extensive grazing and the expansion of the wild rabbit. 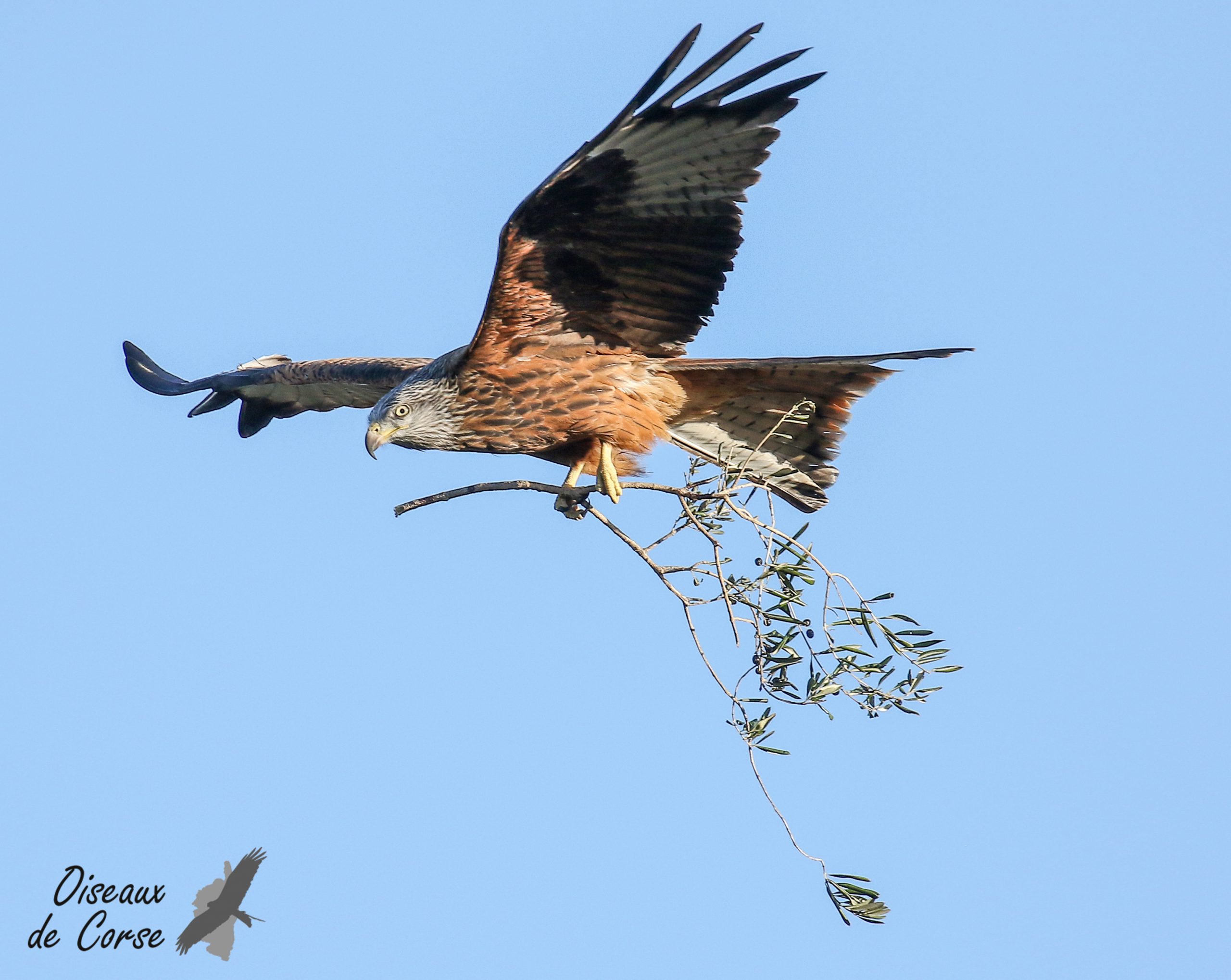 Red kite with an olive branch for nest construction