The staff of the Aspromonte National Park visited, on 4 and 5 December 2019, the Centro Rapaci Minaci CERM, a facility dedicated to the conservation of birds of prey located in the province of Grosseto.

CERM was the hub of a reintroduction programme that, between 2007 and 2014, brought the red kite back to fly in Tuscany, where it had become extinct in the 1970s. Here, the complex and delicate reintroduction operation was based on the release of 105 young red kites taken from Corsica and Switzerland (Canton of Fribourg) and was completed with great success, leading to the formation of a new population of the species and its expansion into vast neighbouring areas. At CERM, young kites transferred each year from Corsica and Switzerland spent an acclimatisation period of about two months before being released.

The reintroduction was carried out as part of the LIFE Save the Flyers project with the coordination of the Unione dei Comuni Montani Amiata Grossetana UCMAG, project leader, and the support of E-Distribuzione S.p.A., one of the partners.ù

The methodology that is expected to be adopted for the reintroduction of the red kite in the Aspromonte National Park follows precisely that used in Tuscany. For this reason, the visit carried out by the Park's staff, led by the then project manager Dr. Antonino Siclari, was very useful to get to know the technical details of the operation and to receive useful indications for planning the activities to be developed.

The Park staff was accompanied in the visit by the experts from Biodiversità sas, who had carried out the scientific coordination of the reintroduction in Tuscany, and by the volunteers of the CERM Association, who had collaborated in the operation and, in particular, had taken care of and continue to take care of the supply of a supplementary feeding station for the red kites. 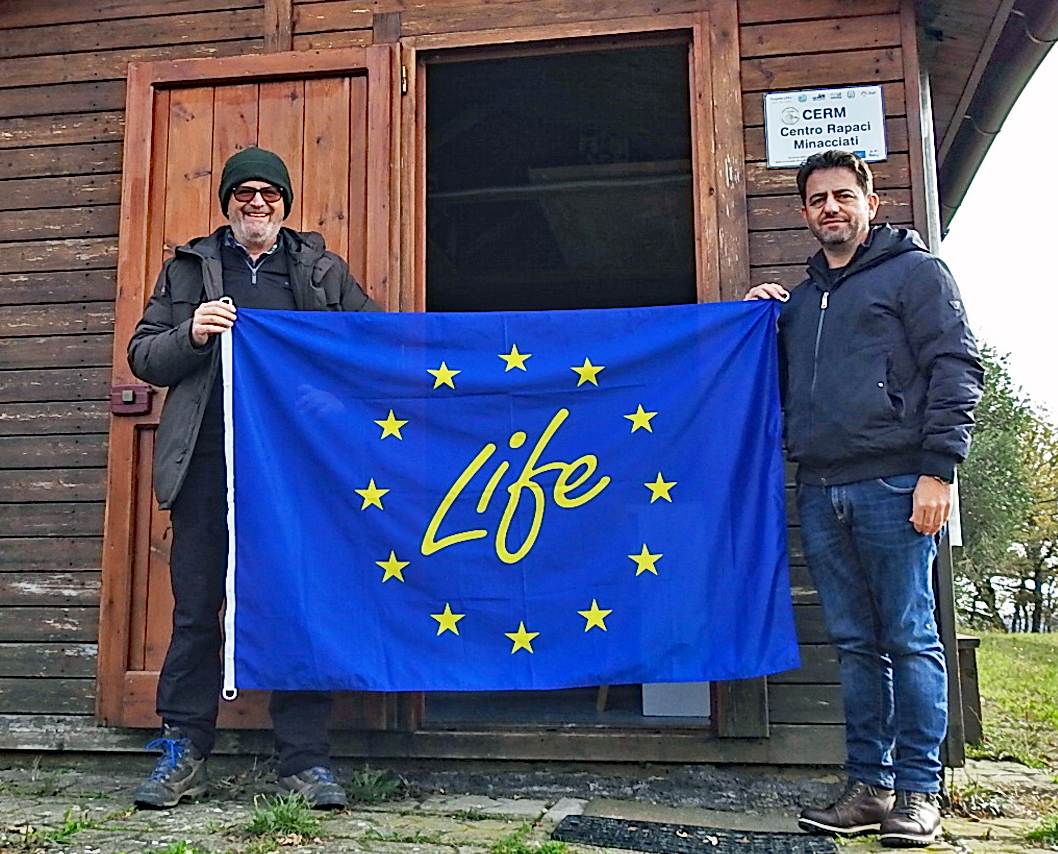 Aviaries and feeders at the CERM Endangered Birds of Prey Centre