On November 19 and 20, 2022, a Nature Festival dedicated to the red kite was held in Extremadura, a region in western Spain.
The event, "El milano real en la Raya," took place in Oliva de la Frontera and Valencia del Mombuey and was organized by the Diputación de Bajadoz in collaboration with the Association AMUS (Acción por un Mundo Salvaje) as part of the Eurobird cross-border project, co-financed by the European Regional Development Fund (ERDF) through the Spain-Portugal Interreg V A program.
Among other initiatives, the November 20 event featured a seminar entitled "Red Kite Translocation Projects in Europe," which was dedicated to projects that involve taking specimens from areas where the species is still common and releasing them in areas where the species, on the other hand, is in an unfavorable conservation status or has disappeared altogether.
As part of the seminar, Anna Cenerini, project manager of the LIFE MILVUS project, made a twenty-minute presentation in which she outlined the objectives and actions of LIFE MILVUS, a project managed by the Aspromonte National Park and aimed primarily at the reintroduction of the red kite in the southern part of Calabria.
Another presentation focused on Italy and was devoted to the reintroduction program that allowed the return of the red kite to southern Tuscany, carried out between 2007 and 2014 as part of the LIFE Save the Flyers project. The operation, which has been more than successful, was illustrated by Guido Ceccolini and Anna Cenerini, from the Association CERM Centro Rapaci Minacciati.
The rest of the presentations focused on activities in favor of the red kite carried out in Spain and Great Britain.
Javier Viñuela, a researcher at the Consejo Superior de Investigaciones Científicas and a leading expert on the species, detailed the status of the red kite and its main conservation issues in Spain.
María Jesús Palacio, Director of the Conservation Program of the Directorate General of the Junta de Extremadura, gave an accurate picture of the conservation status of the red kite in Extremadura.
Alfonso Godino, AMUS technician, described the restocking program being developed in the southwestern part of Spain under the LIFE Eurokite project, by AMUS and the Extremadura Region. The operation is carried out with the support of the RSPB Royal Society for the Protection of Birds thanks to which, every year, a number of young red kites from Scotland and England are released in Extremadura.
Scottish expert Duncan Orr-Ewing, of the RSPB, explained the reintroduction program of the red kite in Britain, the first ever conducted in the world, which has been so successful that the species has been able to recolonize the British island, where there are now more than 6,000 pairs.
Simon Dudhill, of the RSPB, described the activities being carried out in England to sustain the red kite population and also provide young individuals to strengthen the population in southwest Spain.
Maria Cortés Benedé and Ester Ginés Llorens, veterinarian and manager, respectively, of the La Alfranca Wildlife Recovery Center in Aragon, explained the captive breeding that they carry out at the facility and through which young red kites are released in Aragon or given to restocking programs in other areas.
The festival offered an opportunity for discussion and exchange of information among experts involved in the conservation of the species, but it was also fruitful for building collaborations that have the common goal of fostering the conservation of this splendid bird of prey at the European level.
During the two-day event, educational activities were held with children, a recovered red kite was tagged and released, and visits to a red kite roost and supplementary feeding point were organized. 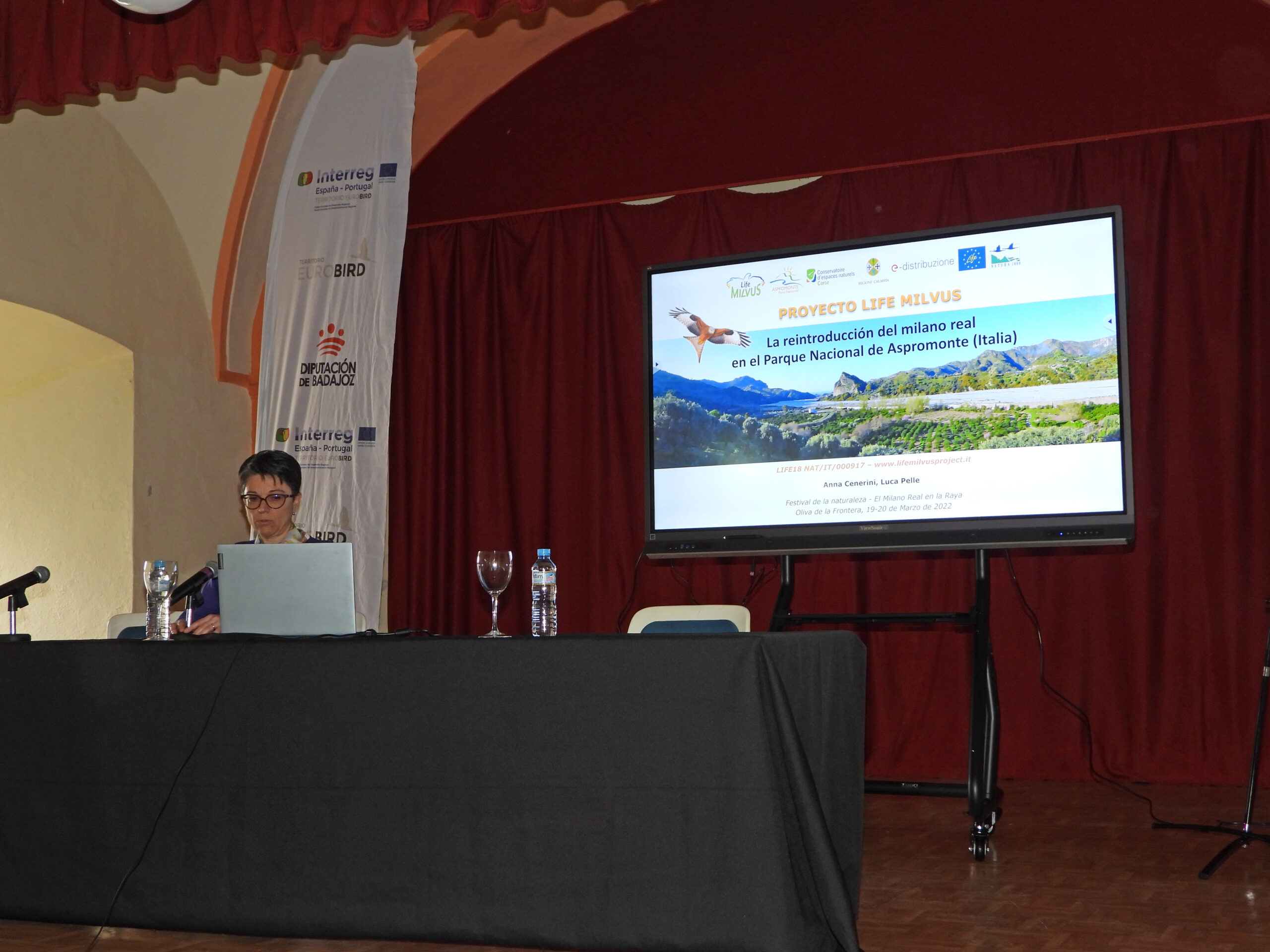 Presentation of the LIFE MILVUS project 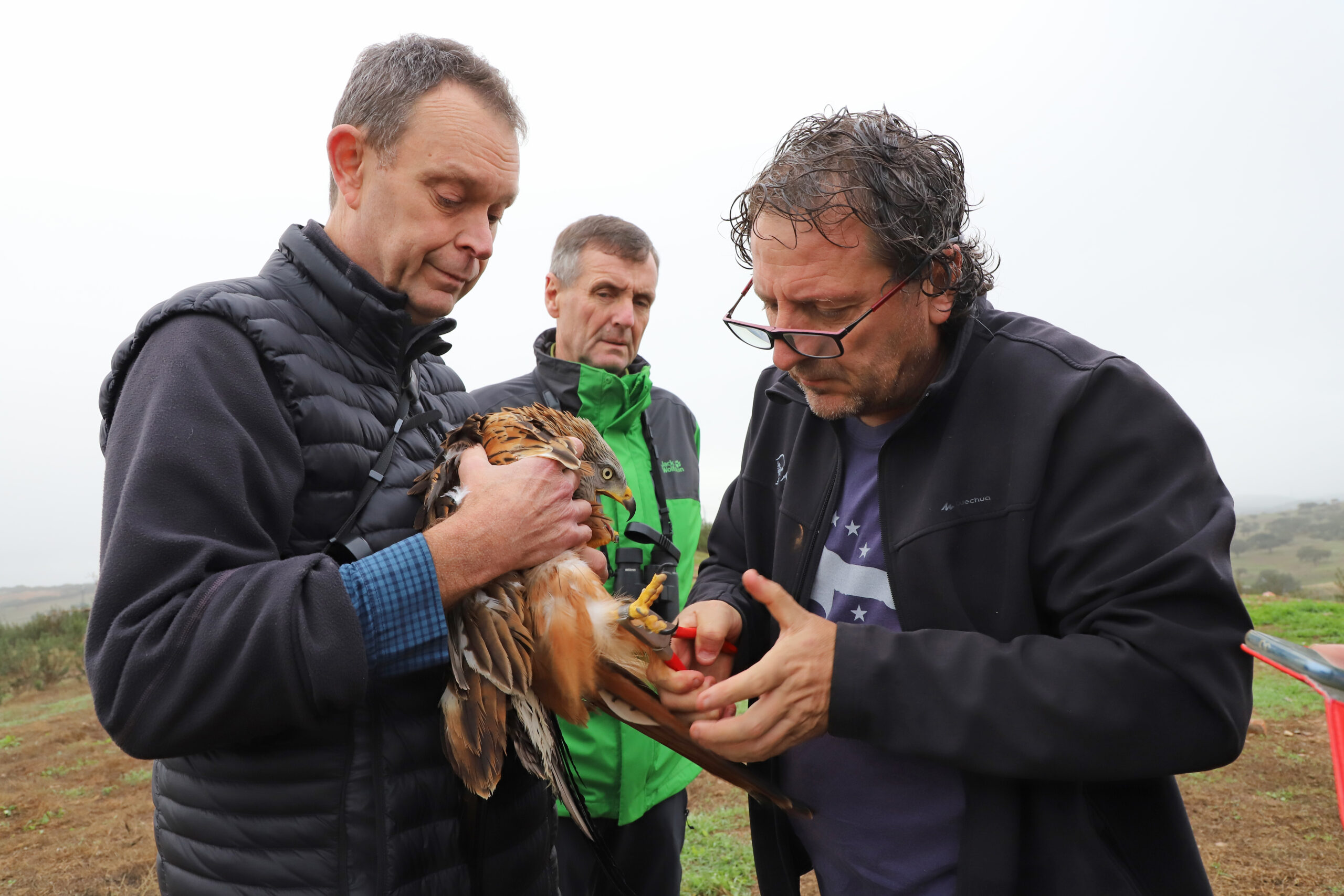 Fitting of wing tags and GPS transmitter to a rescued red kite before its release into the wild (Alfonso Godino, AMUS / Duncan Orr-Ewing and Simon Dudhill, RSPB) 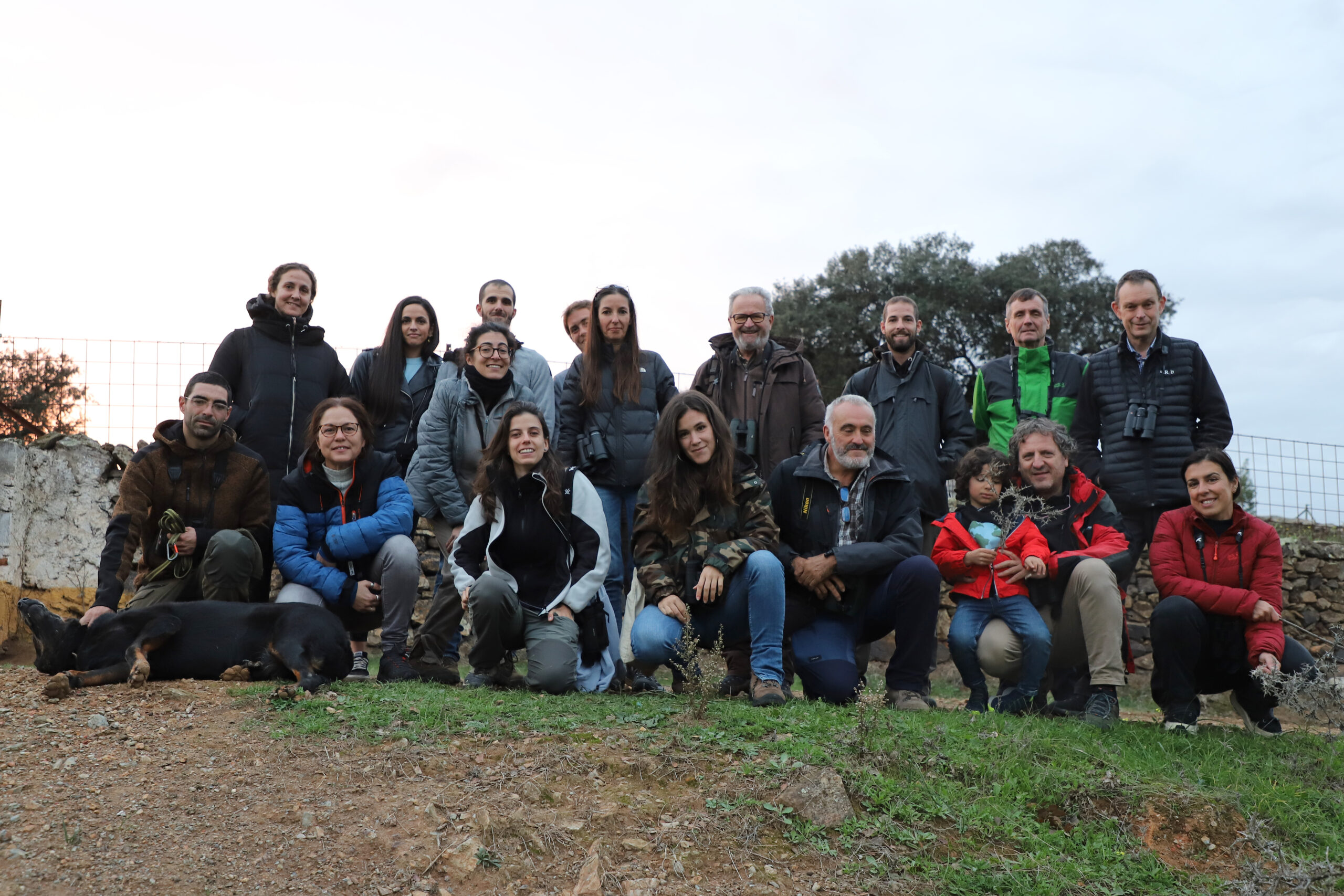 Participants of the "Festival of Nature" visiting a red kite roost